The English Writer of Novels, Biographies and Travel Books

Evelyn Waugh, born Arthur Evelyn St. John Waugh, was a noteworthy English writer whose work included novels, travel books and biographies. He was also known for writing short stories, satire, humour and autobiographies. As well as being a prolific journalist and reviewer of books. He was born on 28 October 1903 in West Hampstead, and died on 10 April 1966. Some of his most famous works include the novel Brideshead Revisited, that was made into a successful TV series, Decline and Fall and A Handful of Dust, two of his early satires. And the Second World War trilogy, Sword of Honour.

This site will be bringing you lots of interesting and useful information relating to this world-renowned author. And possibly even introducing a side of him you never knew existed. Did you, for example, know he enjoyed a spot of gambling, especially when his spirits were low. We’ll be reviewing some if his books, looking at his life history, uncover some of his books that were made into movies, and introduce you to some of the casualties of his life.

Over Evelyn Waugh’s lifetime he acquired many fashionable and aristocratic friends, and he also developed a taste for country house society. He was a very perceptive writer and was able to put his experiences and the wide range of people he encountered into the work that he did. As well as being a writer, he was also know to be an influence on a number of other writers and people in general. We’ve found a number of references made to Evelyn Waugh and his writing and thought we’d introduce them to you here.

This is a portrait of the author Evelyn Waugh, and manages to strike a balance between the chronicling of his life and taking a closer look at his work. Its main focus is the relationship between events in Waugh’s life and his literary output. That puts it more in the area of literary criticism rather than a biography. A few fun biographical facts are included. One of these is his desire to revenge himself upon America’s who he felt had fallen in love with his novel Brideshead Revisited for all the wrong reasons. He managed to secure himself a free trip to Los Angeles and while visiting Forest Lawn Cemetery developed an idea for a scathing satire, The Loved One.

This is an entertaining and fascinating exploration of probability. It reveals the traps and fallacies and describes and analyses a variety of situations in which chance plays an important role. It includes situations such as the football pools, TV games, sport, cards, the Lottery, roulette, dice and coins. Helping readers by looking at common pitfalls it also shows readers how to make more informed decisions. If you’re the kind of person who enjoys taking chances and winning this book will help you to do it in a more intelligent way. The author is Reader in Mathematics at Sussex University so is more than qualified to share advice. It’s a practical rather than theoretical guide and is written for anyone with a curious mind. Mention is made of Evelyn Waugh’s novel Remote People.

The Hustlers: Gambling, Greed and the Perfect Con by Douglas Thompson

This book tells the story of John Aspinall and John Burke’s illegal gambling parties. These two London gents in the 1950s only allowed wealthy and well-connected past their door. Eventually, they were arrested, but challenged the law and won. Gambling became legal and crime boss Billy Hill and his second in command, Bobby McKew took notice. This book takes readers back to 50s and 60s London and manages to recreate the exploits and lives of the gamblers and gangsters whose lives became intertwined in the clubs and pubs of Mayfair.

Ordering Independence: The End of Empire in the Anglophone Caribbean 1947-69 by Spencer Mawby

In this book, the author analyses the conflicts between the British government and Caribbean nationalists over regional integration, the Cold War, immigration policy and financial aid. The time period covered is the decades before Jamaica, Trinidad and the other territories of the Anglophone Caribbean gained independence. Spencer Mawby, the author, is a Senior Lecturer in the Department of History at the University of Nottingham. He writes and teaches on the end of the British empire.

Evelyn Waugh was a frequent visitor at The Ritz Hotel, London

The Ritz Hotel is a Grade II listed 5-star hotel situated in Piccadilly, London. It has long been a symbol of high society and luxury. It’s also one of the world’s most prestigious and best known hotels. It was first opened in May 1906, by Swiss hotelier Cesar Ritz. It wasn’t overly popular to start with and only began to gain popularity towards the end of World War I, with politicians, socialites, writers and actors of the day. There have been a number of suicides that have darkened the reputation of the Ritz over the years. Horse trainer, Peter Beatty in October 1949, and French gangster Baron Pierre de Laitre who strangled love interest Eileen Hill to death. But these and other similar events have failed to have much of an impact on the hotels popularity with the aristocracy and world’s elite.

There is a casino in the basement of the hotel, called The Ritz Club, that has been owned by the owners of the Ritz Hotel since 1998. The space it occupies was originally the Ritz Bar and Grill. The Cub offers visitors the chance to play roulette, blackjack, baccarat and poker. Together with some slot machines. When it first opened it was open to members and hotel guests only, and it charges a fee to enter. The games offered are considered ‘high stakes’. Evelyn Waugh’s 1942 novel, Work Suspended, features a scene at the Ritz. The narrator of the story falls in love with a friend’s wife during luncheon. 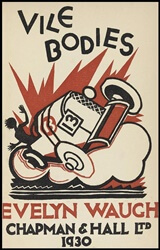